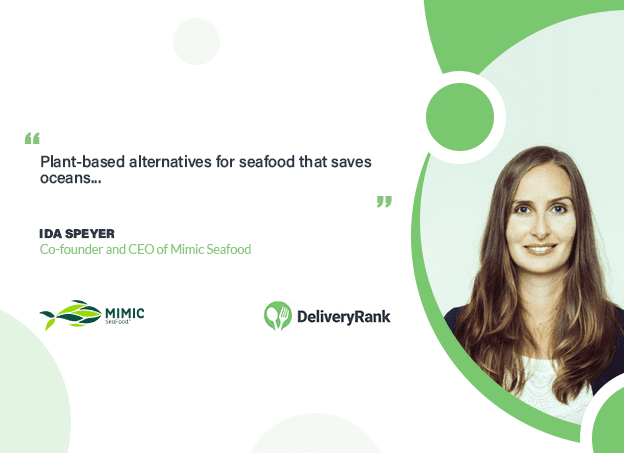 What’s the story behind Mimic Seafood?

Mimic started out as a project within a Madrid-based food innovation hub called Ivoro. The two Spanish founders are very committed to sustainable produce, especially when it comes to local ingredients.

One of the founders is also a chef, and he began experimenting with local Spanish produce to work out how he could use plant-based ingredients to mimic seafood experiences. After a year of trying different recipes, the pair decided to launch Mimic Seafood as a company of its own. 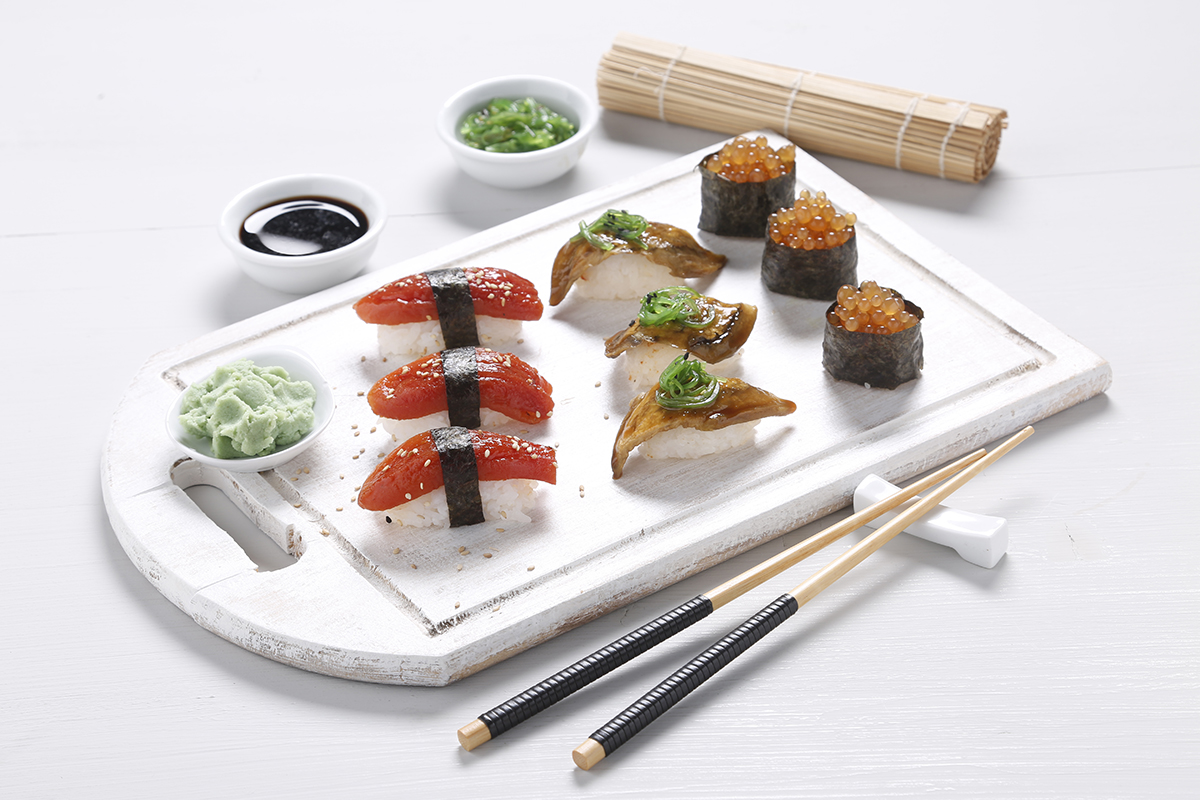 What products do you have currently?

We have three products. Our first – Tunato – is a plant-based alternative to raw tuna made from tomatoes.

Because tomatoes have a very high water content – 60%, in fact – we also have a by-product from our tuna. We use the leftover water to make salmon roe. We filter the water, add more flavor, and encapsulate it into a vegan gel. This gives us bright orange pearls that pop nicely, and have a strong, salty ocean flavor. They’re very appealing to look at, so go particularly well with sushi or in a poke bowl.

Then we have a product that mimics marinated eel, which is made from eggplant.

What’s the science behind your seafood substitutes?

The vegetables and produce we use are very versatile. When cooking, we know that we can get sweetness, acidity, or umami from a tomato depending on what you do with it. The same applies to eggplant, which develops a natural smokiness when cooked.

What we do, in essence, is lower the flavor components that don't work in seafood (usually the acidity and tang that’s found in natural products) and we increase the umami and “ocean” flavor.

We only use natural ingredients that can be found in the kitchen at home. We never use additives, stabilizers, or colorants. 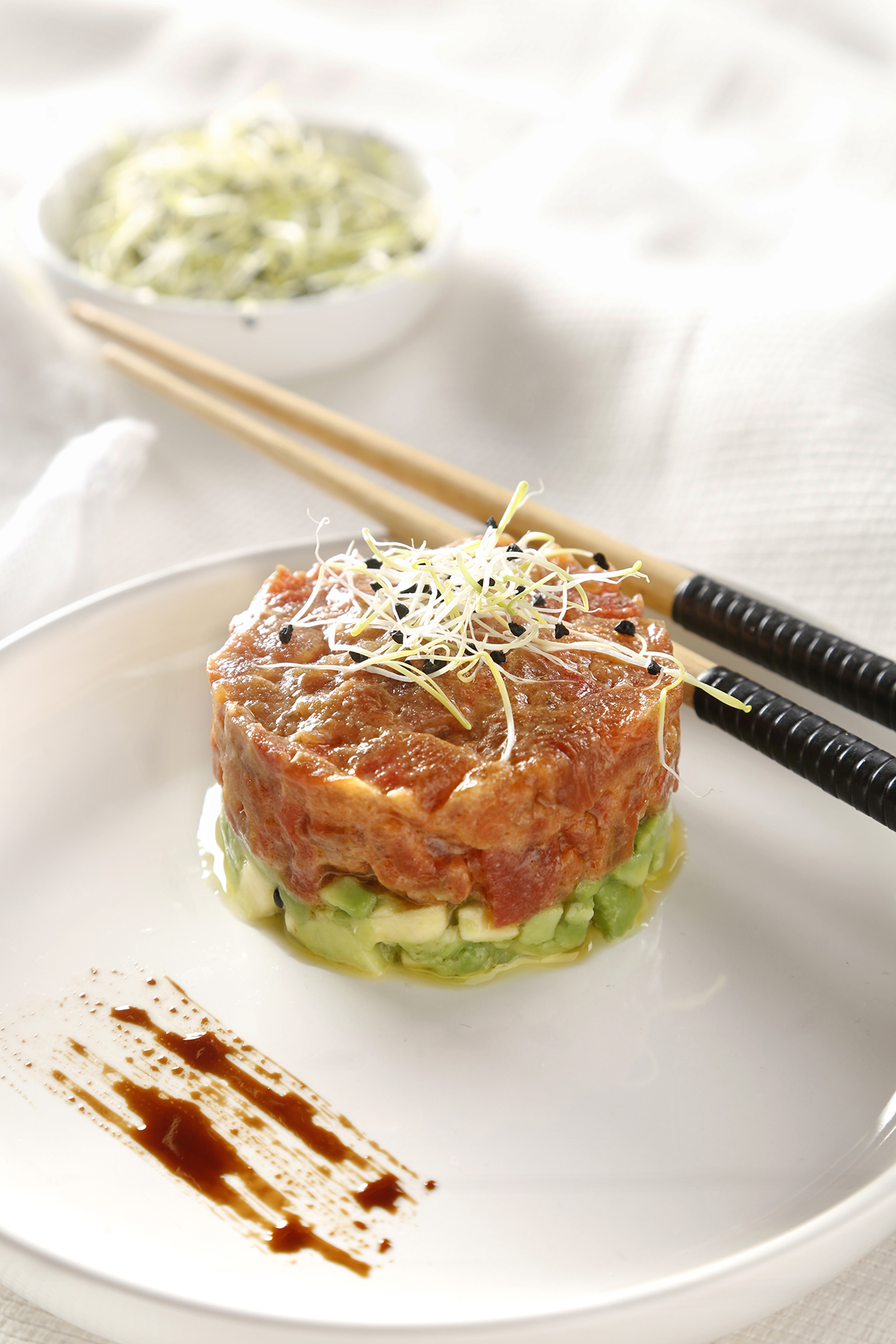 Who is your target customer?

Ideally everybody – people from all backgrounds, of all age groups, and all demographics.

We’re very mission-driven so we would like to see everyone replace fish with plant-based alternatives.

However, we realize that not everybody will jump on board so quickly. So at the moment, our target audience are consumers who are already aware of sustainability issues in food production and who want “cleaner” products.

Our foods don’t contain any of the bacteria, parasites, or micro-plastics that seafood can, and therefore, from a health and sustainability perspective, our products are definitely better.

How closely do your products resemble the real thing?

We’ve incorporated flavors from natural sources such as seaweed, soy sauce, olive oil, and salt for that umami and “ocean” taste. The olive oil renders the products smoother and gives them the fatty quality found in seafood.

If you’re aware that our product is made from tomatoes, you could perhaps detect it in the flavor. If you’re not, however, or you taste the products in a sushi context: with wasabi, ginger, and soy sauce, you believe you’re eating the real thing.

Concerning the texture, I would say that we are not completely there. Trying to mimic the texture of seafood is very complex; it’s flaky when cooked, a little chewy when raw… If you can imagine the difference in texture between a watery, crunchy raw tomato and a leathery sundried tomato, we are somewhere in between – almost like a semi-cooked tomato.

How much impact are you having on the seafood industry?

At the moment, we’re not yet in the market. We’ve spent the last few months finalizing our supply chain and production facilities.

We hope to have a big impact in time, and we hope that many other companies will join us in our mission. We also hope to work alongside the seafood industry and there are certain wholesalers and seafood vendors who have already shown interest in working with us.

It’s similar to the dairy and meat industries – vendors can either fight the movement or join it. Consumers are becoming more critical of supply chains and we all know there is a real need to protect our natural resources.

What’s the future of Mimic Seafood?

I predict that in the next five to 10 years, we’ll see more and more companies like Mimic, and a whole new range of products.

For now, we’re focusing on clients in Europe. The interest is everywhere; in countries which are already quite advanced with plant-based alternatives, like Germany and the Netherlands, but also in others such as Italy and Portugal where there are not yet many options available.

We’ve also seen interest from countries outside of the EU but, so as not to take on too much too soon, we will focus primarily on Europe to begin with.

We want to be global in time, perhaps through partnerships to facilitate speedy growth and efficient performance. Watch this space! 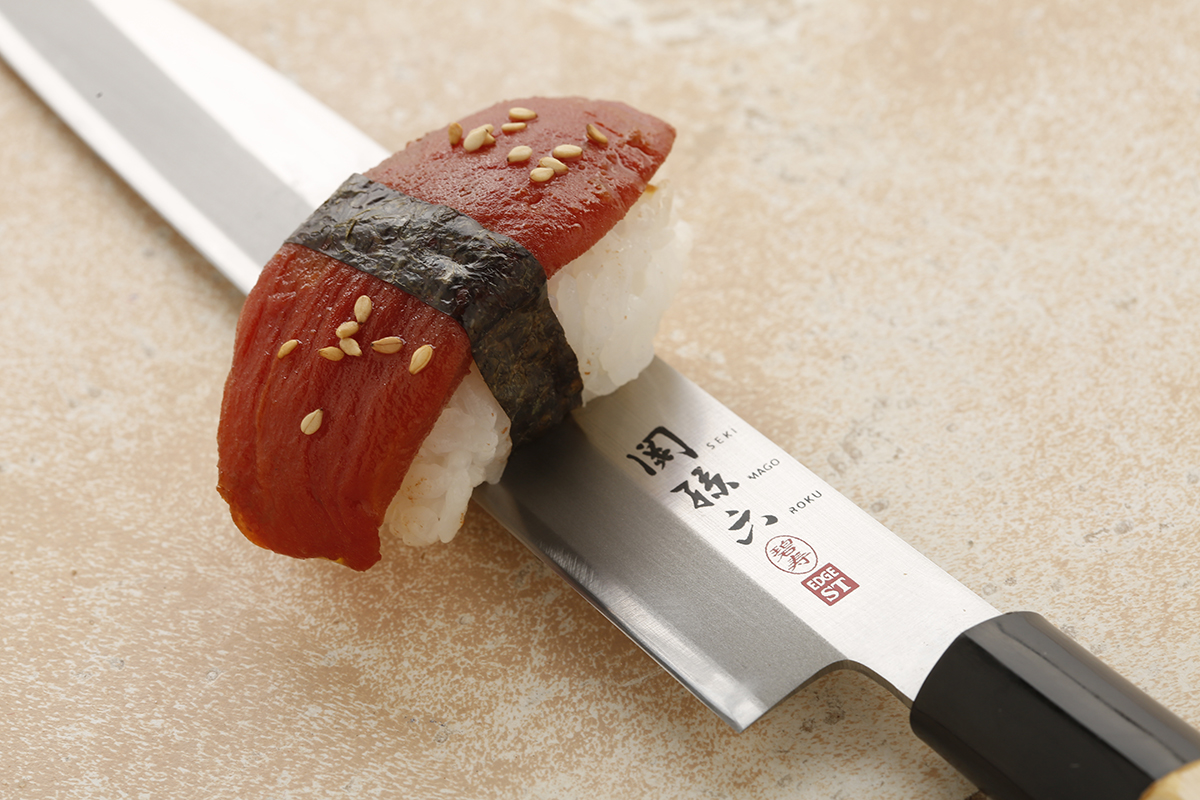