Dr. Sandhya Sriram, group CEO, chairman, and co-founder of Shiok Meats, sheds some light on her company’s innovative technology that will no doubt shape the future of the seafood and meat industries. 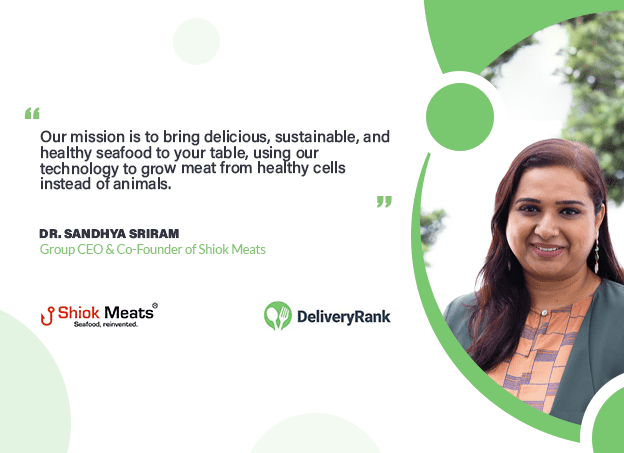 How did Shiok Meats first come about?

Shiok Meats was launched in August 2018, in Singapore, by myself and co-founder Dr Ka Yi Ling. We both have PhDs in stem cell biology and come from a scientific background. I’m also a seasoned entrepreneur and Shiok Meats is my third startup.

Personally, I wanted to start working on cellular agriculture (or cell-based meats and seafood) for both ethical and scientific reasons. We decided to first focus on seafood, particularly crustaceans, because in South-East Asia this constitutes the largest part of our diet. It represents a $150 billion industry, so it seemed the obvious choice.

I discovered cultivated meats while working in my first startup – a science news website. I became quite obsessed with this new technology and having been a vegetarian and food-lover my whole life, starting a business in this sector seemed the natural thing to do.

Ka Yi and I were given a check from an angel investor and friend of mine, and with much passion, hard work, and skill, we set to work on cultivated shrimp, crab, and lobster. Here we are three years later, about to commercialize! 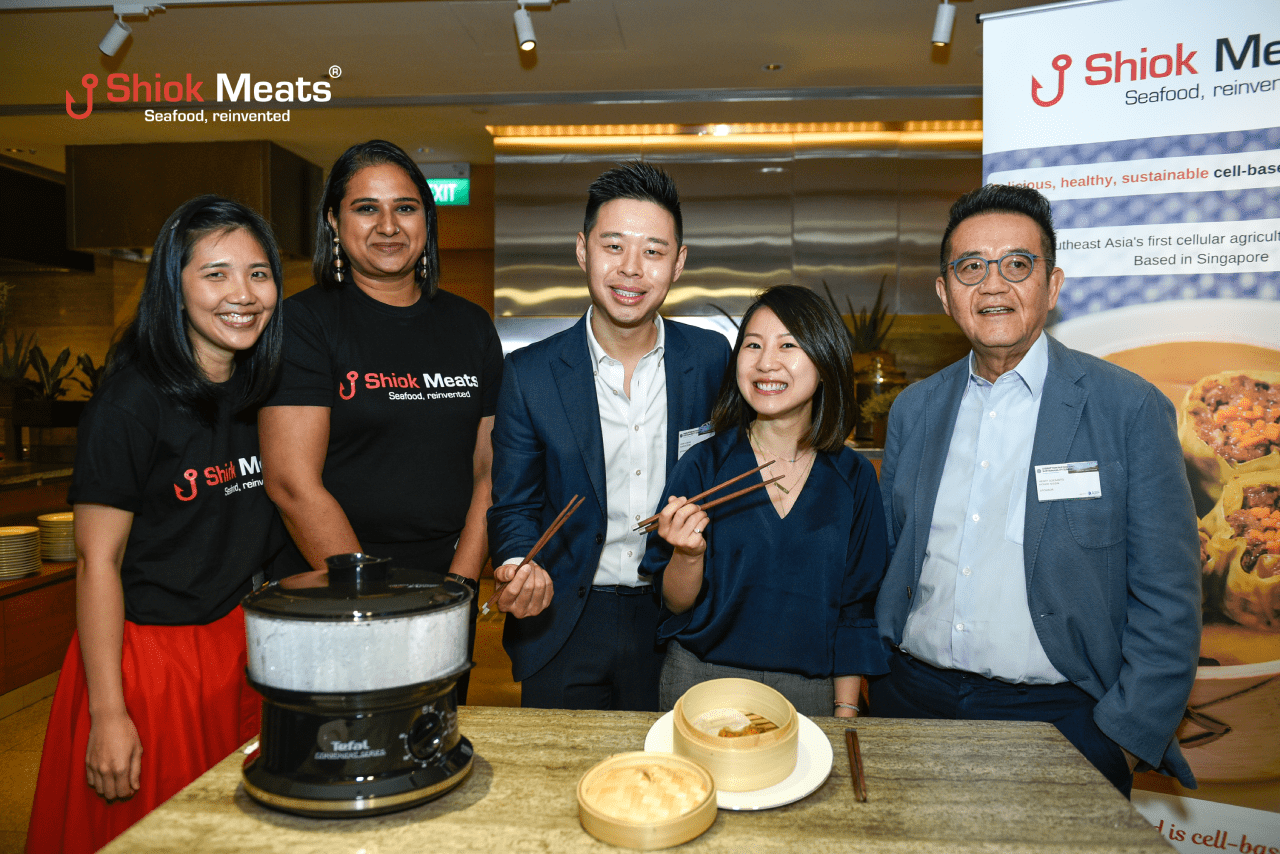 What can you tell us about the technology behind your cultivated seafood and meats?

If you take a shrimp, shell it, devein it, and remove the organs, you’re left with muscle and fat cells. This is the part that we cultivate, and the same goes for crab, lobster, and red meat.

From a taste point of view, with seafood and crustaceans, the taste is exactly the same. The taste comes from the cells themselves and also the liquid nutrients that we feed the cells to help them grow. It’s exactly what happens in nature. For red meat, the process is a little more complex.

The technology stems from pharmaceutical biomedical research where human organs are grown outside of the body for transplantation purposes or stem cells are produced for cancer therapy.

The stem cell comes from the animal initially, and we trick these cells into believing they’re still inside the body of the animal. We feed them what the animal would give them (the makeup of the blood of the animal – except it’s plant extracts).

These stem cells are grown in large, stainless steel tanks known as bioreactors. Think of a big tank, where trillions of cells are floating around in a liquid medium, much like a brewery.

Within four to six weeks, the cells have increased in number so much that we perform a step called differentiation which triggers these stem cells to form the organ they’re supposed to form – muscle and fat – the final product.

Our final product looks, tastes, and cooks like meat. Currently our products are all minced but we’re working on a structure (whole shrimp, for example) for the near future. 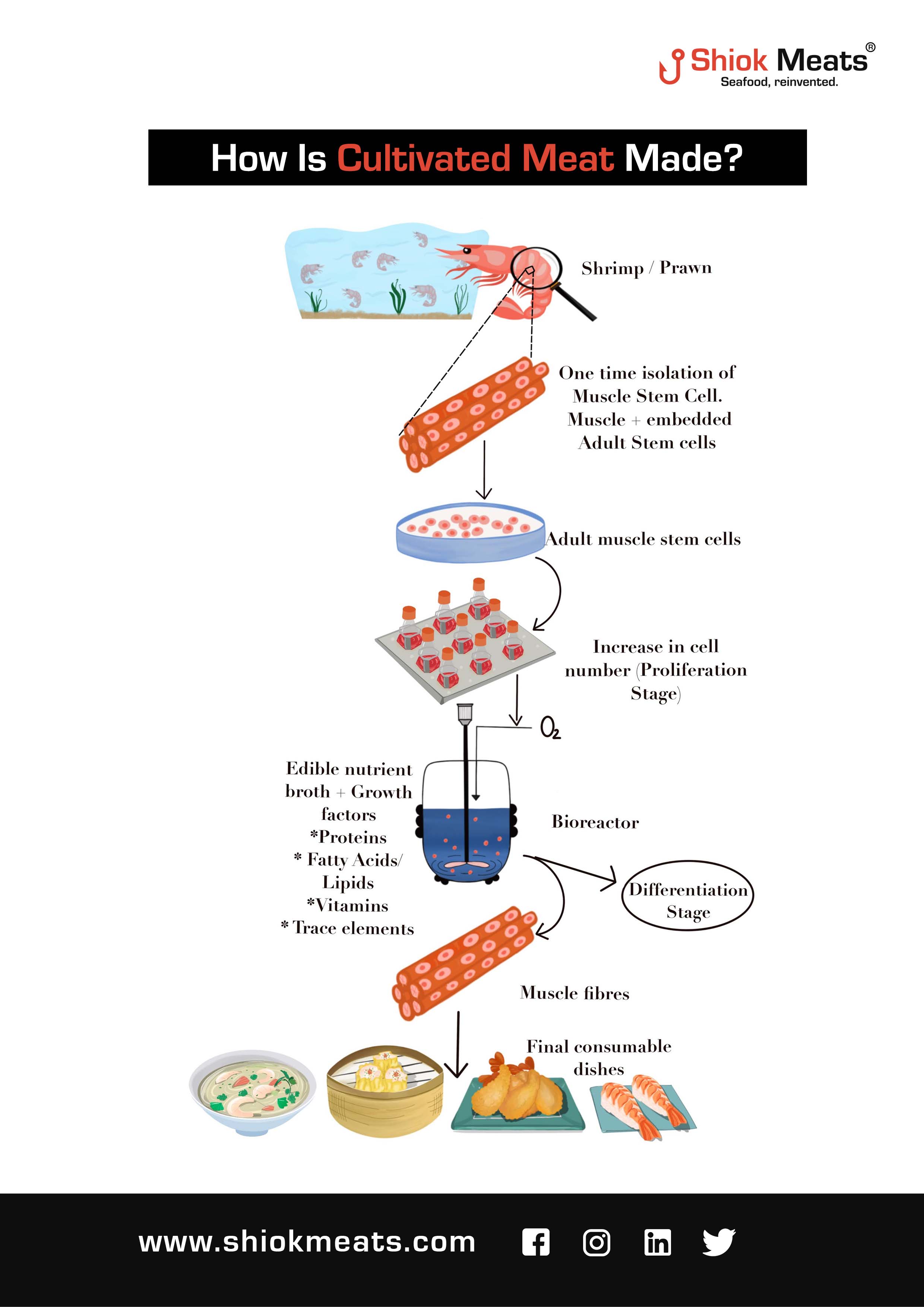 Have you encountered many hurdles along the way?

Everything from funding to hiring, finding a lab, the scientific challenges, and consumer and industry education has all been challenging. However, we were expecting it and were ready for it.

What currently keeps me up at night is the scale of our industry. We have to produce multi- million tonnes of this product for human consumption in the longterm – how do we scale this technology fast? How do we make it affordable? How do we make mass-population acceptable? This is what is exciting and challenging for us, and what we’re working towards. 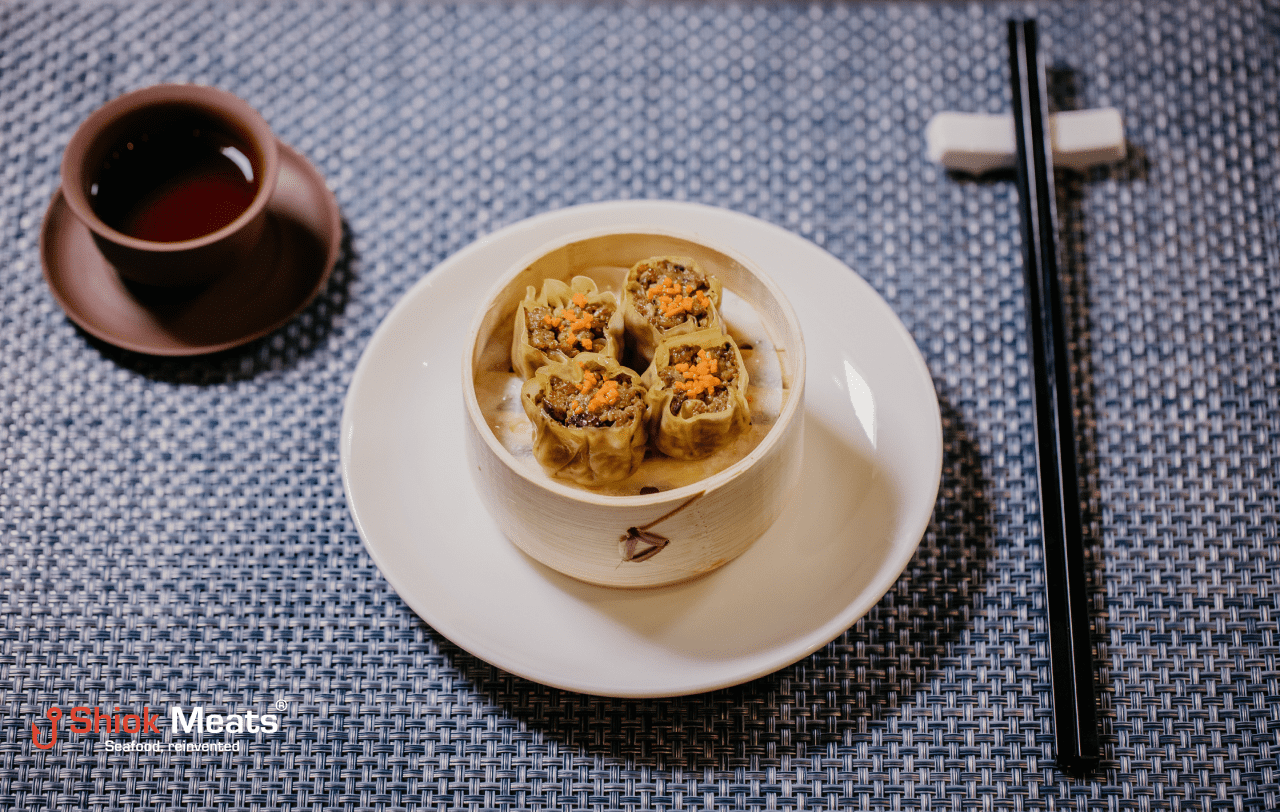 How much of an impact do you believe you can have on the planet?

I think the impact will be immense but to be honest, this technology is going to take at least a decade to become more pronounced.

That said, it’s definitely happening, and I can see many companies have lowered their costs and scaled-up their technologies. I’d say around 10 to 12 companies around the world are gearing up to launch their cultivated products within the next 18 to 24 months.

There is a company that has already commercialized its cell-based chicken in Singapore, and this shows that the industry is moving forward in leaps and bounds.

Who is your target market?

We’re focusing predominantly on South-East Asia and Singapore, and will expand from there.

We plan to make this happen initially via restaurants and food-service businesses, and then with ready-to-eat products, such as dumplings and spring rolls. 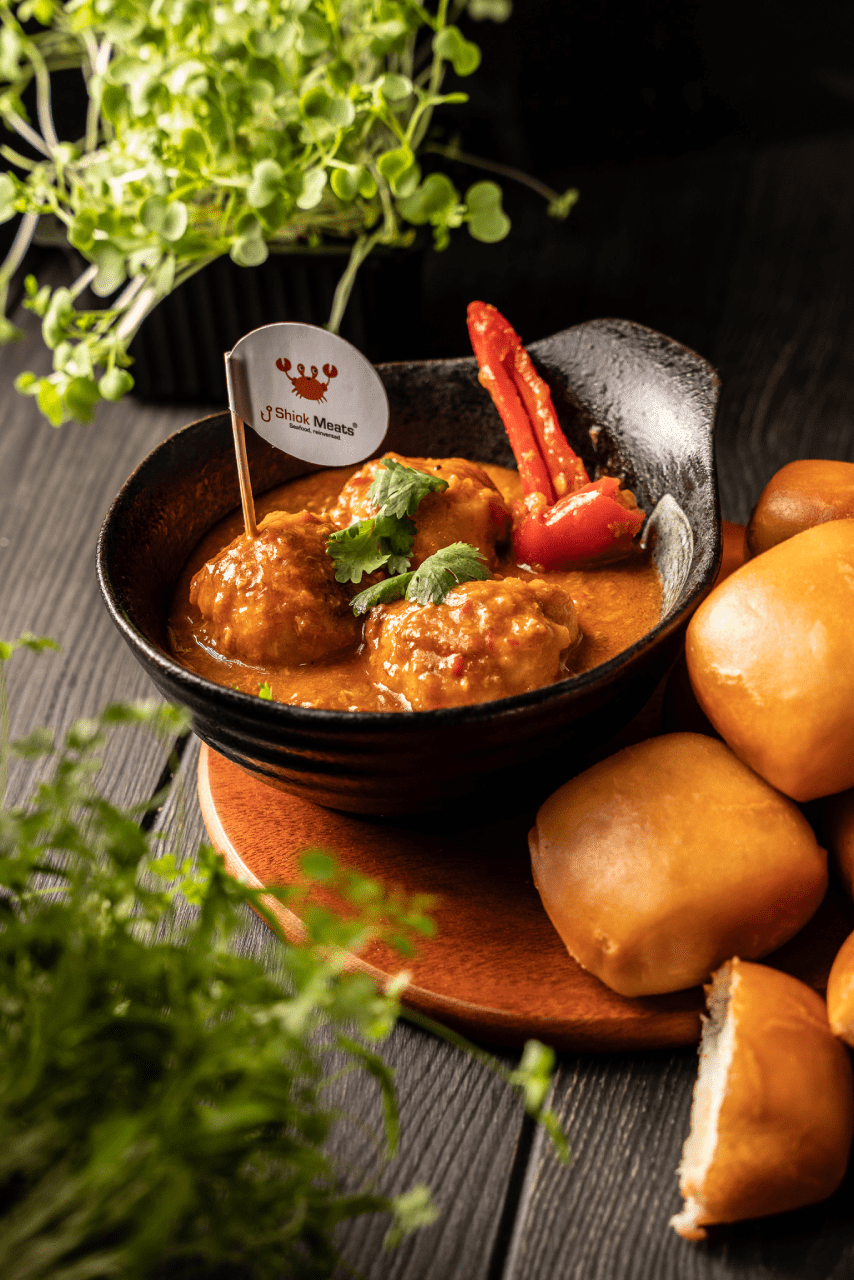 How do you see the future of Shiok Meats?

Our vision is to be the global leader in cultivated meat and seafood. I think we’ve proved our point with the acquisition of Gaia Foods that we want to manufacture all types of meat. I don't think one company will do everything though – it will take multiple companies to achieve what needs to be done.

We definitely want to be enablers for technology. In the future, we want to be able to license our technology to food manufacturers and other seafood and meat companies so they can start producing meat and seafood the way we do – in a sustainable, ethical, and environmentally friendly manner. 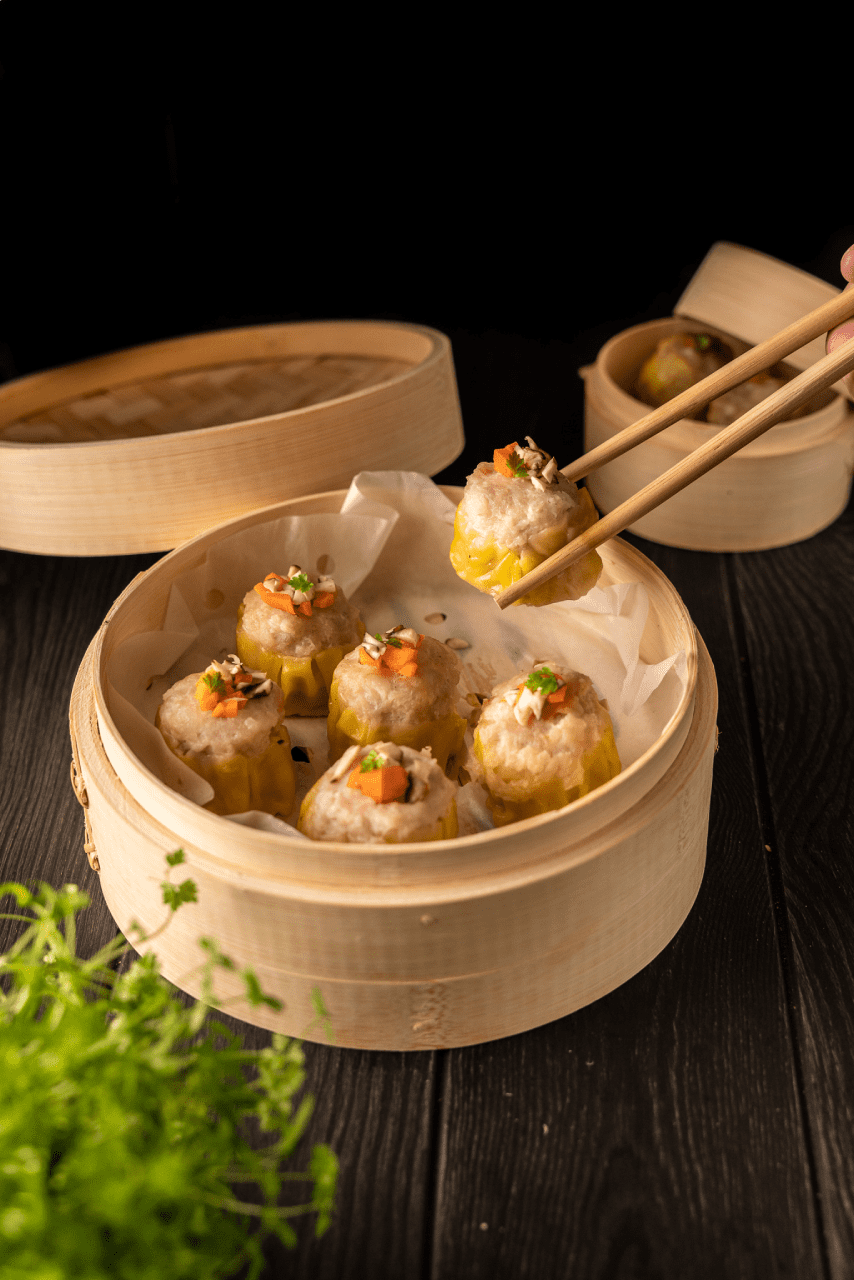