Tiny Organics 2022: Shaping the Palates of the Future

Sofia Laurell, Co-CEO & Co-Founder of Tiny Organics, reveals more about this incredibly dynamic business that aims to turn babies and toddlers into healthy and adventurous eaters, with its fresh-frozen, organic and ready-to-eat plant-based meals, delivered straight to your door. 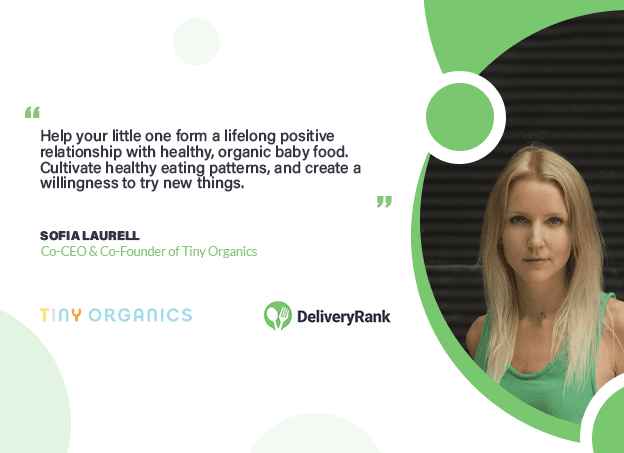 How did the idea of Tiny Organics first come about and when was it launched?

I was born and raised in Finland. Tiny Organics was inspired by the Finnish Baby Box – a cardboard box (that can also serve as a bassinet) that’s delivered by the government to every new parent and contains everything needed for your baby’s first year. It’s a real institution back home and I’d wanted to bring this concept to the US my whole life.

I lived in London for many years and then moved to New York in 2010. Prior to founding Tiny, I ran marketing for a non-profit research organization – a great training ground for founding one’s own business.

My co-founder and I had known each other for years, but in 2017 we connected around wanting to make the biggest impact on children’s lives. She was going through an acquisition with her company in the pet industry at that time and so we spent many weekends thereafter working on different concepts aimed at babies and parents.

To cut a long story short, we soon realized it was via food that we could have the biggest impact on early childhood development. What we realized was that there was definitely a gap in the market for textured finger foods and baby food that was neither pureed nor sweet.

Our mission is to shape the palates of generations by introducing vegetables, healthy flavors and plant-based foods from the earliest days. This has a lifelong impact in preventing chronic illnesses and diseases later in life. We officially launched in January 2020.

Do you believe that babies grow into more adventurous and flexible eaters when they’re given a particular diet right from the start?

There’s research around this and the answer is an unequivocal yes. The more flavors and textures introduced to babies before the age of two results in less picky and more adventurous eaters later on.

Human beings have an innate preference for sweet foods, and breast milk is relatively sweet. However, masking vegetables with sweeter fruit flavors tends to defeat the object (mixing kale with apple for example).

It does take children longer to appreciate slightly more bitter flavors, but this is completely normal. It simply takes time and babies and toddlers do develop their palates so parents should be encouraged to persist, and try and try again.

What can you tell us about the ingredients you use in your meals?

All the ingredients are 100% organic, and vegetables first. We believe in a healthy balance between proteins, carbohydrates and healthy fats. We are plant-based so some parents supplement Tiny meals with animal protein.

We very much adhere to baby-led weaning, a movement coined by Gill Rapley back in 2001, whereby the baby leads, as opposed to the parent. The baby eats with their fingers and engages with their senses. This encourages independence, and helps with dexterity and jaw movement. The food is cooked soft so it’s as safe as pureed food. 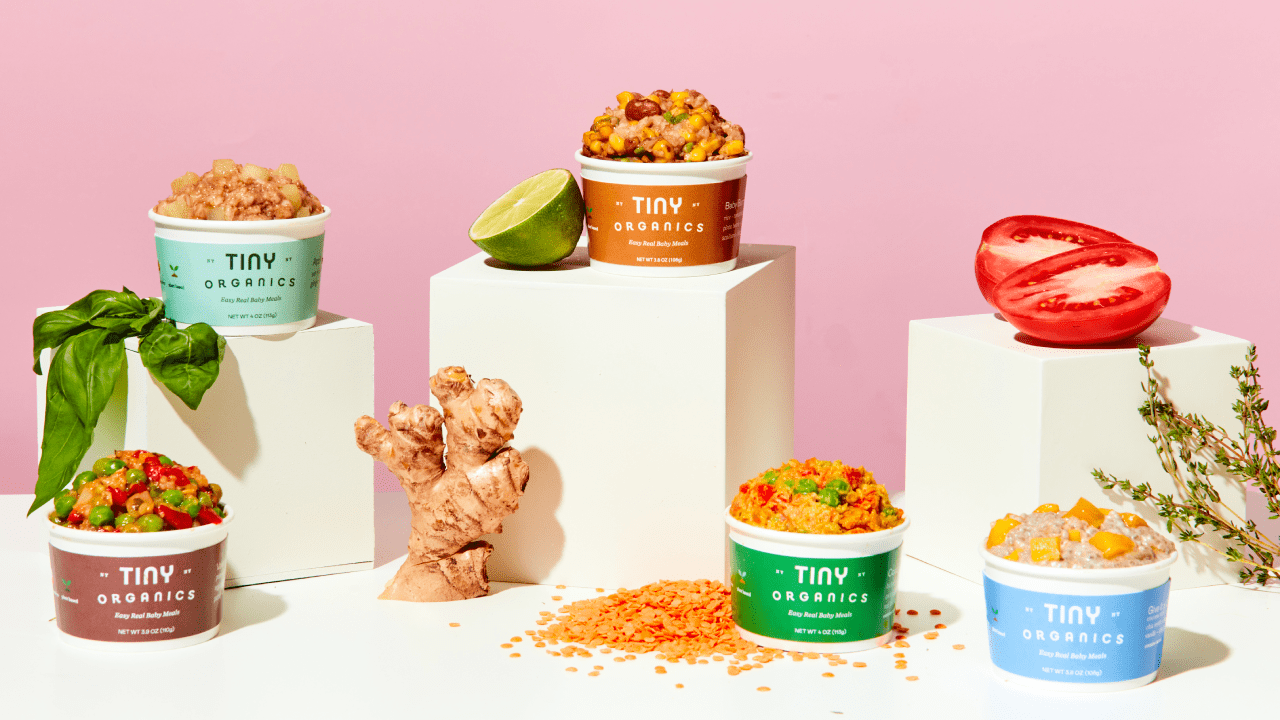 Do you work alongside nutritionists?

We’ve worked with our neonatal nutritionist, Priscilla Barr from NYU Langone, since the very beginning. Whenever we have a new recipe or a new meal we work alongside Priscilla to make sure the meals are nutritionally balanced and taste good.

We also partnered with Tufts School of Nutrition, and its Dean has been on our advisory Board since the beginning. We give the children the best there is out there, from both a nutritional and childhood development perspective. We also work with other nutritionists on our team.

How difficult was it to successfully penetrate the market, and how much competition is there in this sector?

It’s a competitive market, but in my mind competition validates the market. The pie is big enough for us all – no pun intended. There are three main competitors who are striving for the same goal as us, introducing vegetables and plant-based food in a fun and healthy way.

In fact, we all belong to a council called Veggies Early & Often, put together by Partnership for a Healthier America. We have icons on our packaging assuring consumers that the meals are at least 50% vegetables, even though ours contain up to 80%.

Accessibility is key for Tiny and our mission is to get on to WIC, the food stamps for women and children here in the US (according to studies, only 10% of children in America are getting their daily recommended vegetables). This would be a multi-year effort and we need to lower our price point. Even if we make small progress, we can have a tremendous impact on children across America.

Why did you choose to follow the plant-based path and do you not feel it’s important for children to eat small amounts of meat?

As I mentioned earlier, some of our parents supplement Tiny meals with animal or plant-based protein, and there’s absolutely nothing wrong with this. Mainly eating plant-based is better for us and the planet, as we are well aware. We won’t diverge from this line of thought. 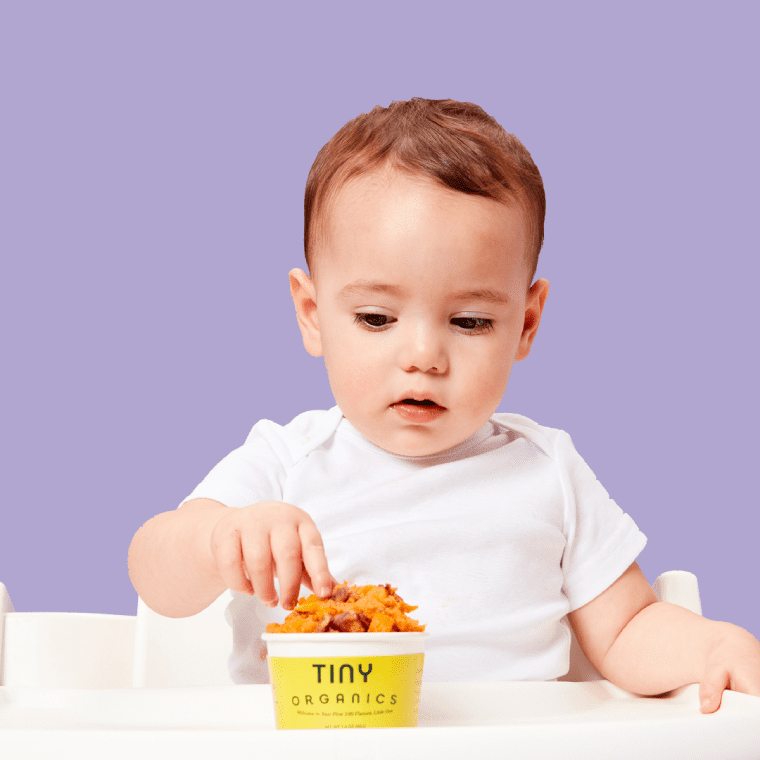 Where can customers find Tiny Organics and do you deliver nationwide?

We are nationwide. We ship to 48 states (unfortunately not to Hawaii and Alaska). Tiny was founded in NY but is very present in most of the coastal regions, or the more concentrated areas.

How do you see the future of Tiny Organics?

We have a super exciting future ahead of us and we have a lot to accomplish. This year we’re launching new lines and products, aging up and down, and I think one of the biggest questions that we need to continue asking ourselves is what we can do to improve childhood development and child wellness.

Growth has been amazing, so increasing production is a task set out for us. We plan to diversify our acquisition channels and moving into retail will certainly be an exciting milestone for us.

We have created a community of parents organically over the last couple of years, and now we can continue to community build in person. This is a huge part of the Tiny culture. Watch this space!