Tracy Pierce chats with us about her passion for Animal Communication, and how impactful this can be for both pet owners and animals on so many levels. 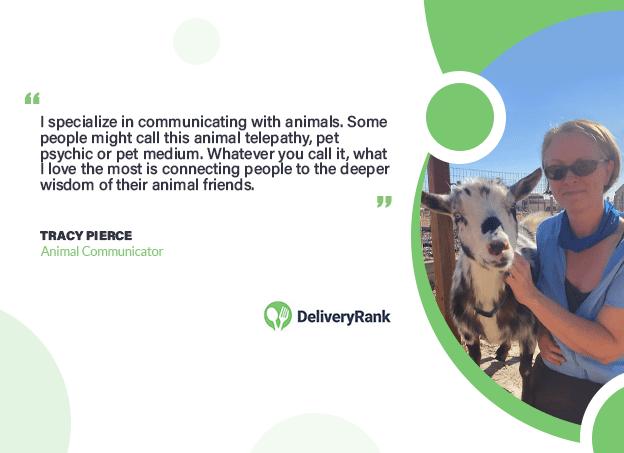 Which aspects of your journey with Animal Communication stand out for you?

One of the things that stands out is what a huge role death has played in this journey for me. It was the illness and ultimate death of one of my cats that brought me deeper into the folds of Animal Communication. Since I began, more and more animals who are either close to crossing over or animals who have already crossed over have made their way to me. I never expected that death would play such a large role in my practice, but it’s been incredibly rewarding.

Would you describe the art of Animal Communication to be “intuition” that works through all the senses?

I hadn’t heard it described like that before, but I feel this is a great way to think about it! One thing I discovered in my own journey was how much I’d been disconnected from my intuition, and reconnecting with that part of me that “just knows” was a really big part of my process and training in Animal Communication.

When learning Animal Communication, I was surprised to find that it does use all of the senses – even taste and smell! It can take a lot of work to learn how to refine and distinguish the subtler aspects of these senses, but I’ve found that refinement to be applicable in many other areas of life outside of Animal Communication as well.

When would you recommend the services of an Animal Communicator?

There are a lot of good reasons to contact an Animal Communicator. The two biggest reasons people come to me are pet behavioral issues and pet health issues. With health issues – often involving the pet’s death as well – this might be contacting them after they’ve passed away, or connecting with them about how they want their death to happen. But there are definitely other reasons as well.

Another popular reason to contact an Animal Communicator is when big changes are coming up in the household. This might mean the pet owner is moving or bringing a new animal or human into the home.

In some other cases, something has happened to the pet owner and the next person in charge wants to make the best decisions about re-homing the pet. Essentially before any big life change is a great time to be in touch with an Animal Communicator and your animal friends, mainly so everyone can be on the same page.

Is it quite common that our animals have a desire to tell us something specific?

This is quite variable. Most of the clients who come to me have some kind of issue or problem that needs to be addressed, and often the animal is in on this. Sometimes the animals I talk to are expecting me – they tell me they’ve been waiting for me.

These animals almost always have something they really want to say. Some of them have told me that the reason they created problems in the home was so that their human would find some way to communicate with them and they would find someone like me to do that.

Other animals seem very shocked or even shy when they hear from me. I have to build up their trust, sometimes they’re surprised their human would be so interested in them to have paid for this kind of session, to the point that they don’t even know what to say because they never thought they would get the opportunity.

These animals often take a lot more warming up time, but they often have something beautiful or profound to share as well. It often takes these animals a bit longer to think about any problems or issues they might have because some of them had simply accepted their fate the way it was, nothing was going to change so why bother thinking about it? I really enjoy talking to these types of animals. It often feels like the animal getting this kind of attention really shifts the dynamics of the human-to-animal relationship. 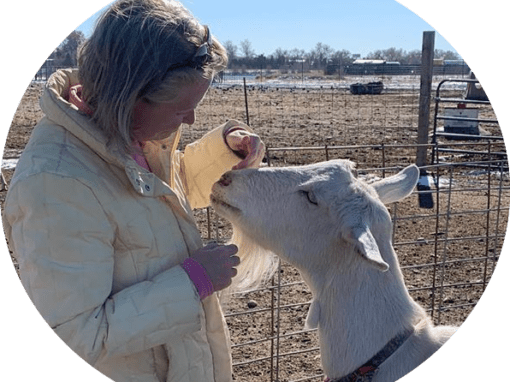 How important do you believe Animal Communication to be for an animal approaching the end of life?

For me, this is one of the most important times to connect with your animal friends through Animal Communication. One of the reasons people grieve so much when they lose someone close to them (whether animal or human) is due to unfinished business. Many feel they didn’t make the right decisions or there were things left unsaid. With Animal Communication we can connect directly with the animal about their wishes for their passing – do they want to die at home? Do they want to be euthanized? Do they want to be cremated or buried?

We can create a “Death Plan”, much in the same way a human who’s approaching the end of their life can. This can be deeply reassuring to pet owners who may sometimes be blind-sided by their animal companion’s health issues.

Plus, with Animal Communication we can address any other unfinished business. Sometimes this has been a pet owner apologizing for something they felt they did wrong with their pet and then getting feedback from the animal on their perspective about what happened. And, if the animal has anything they want to get off their chest about their life, they have the opportunity to do that as well.

Completing unfinished relationship business can have profound effects on the level of grief a person and their animal friends may go through after an animal’s passing. I would encourage pretty much any pet owner to contact an Animal Communicator if they feel unsure about the way their animal friend might want them to move forward around their passing.

What results can one expect to see after working with an Animal Communicator – from both person and pet?

This of course varies from person to person, but ultimately my goal in working as an Animal Communicator is to bring people and their pets closer together and to move toward the resolution of any issues or problems. Sometimes problems might take a few sessions to truly resolve, but many human clients report that their animals seem happier or more relaxed right after an Animal Communication session.

Some people see dramatic shifts in their animals’ behaviors after we work together. Some shifts are more subtle and occur over time as the human starts to change or do some of the things their animals may have recommended. Many humans feel extremely relieved to either have their own intuition validated about the situation or to have a list of things to do (usually provided by the pet!) to help whatever situation we’re addressing. Most clients do feel more connected to their animal friends after a session.